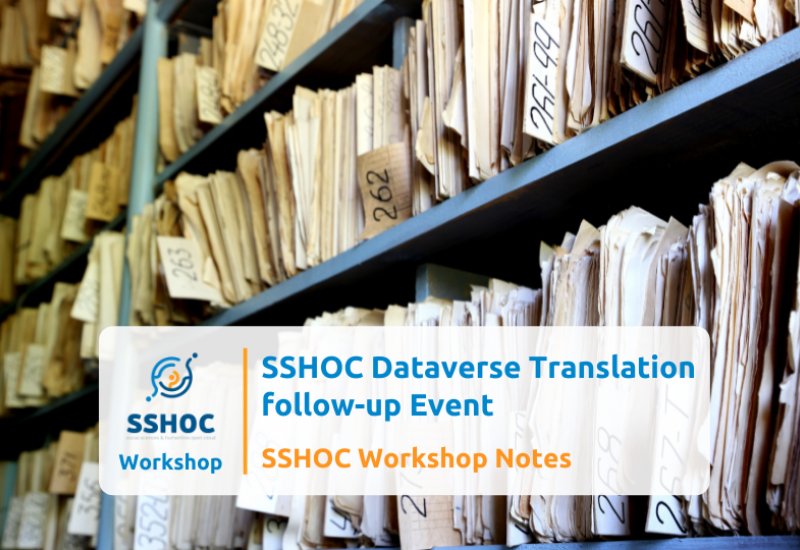 At the second Dataverse translation event, SSHOC Task 5.2 welcomed not only participants who have already joined the first workshop but also new participants. Most of the attendees have registered an account with the SSHOC Weblate application and created an entry for their language. They have started their translations, also in consultation with the user guide.

The biggest success was presented by participants from Slovenia, who translated their whole interface between the first and second meeting.

In Social Sciences and Humanities (SSH), citation of data is an indispensable...

Call of the Wild - Final release of the SSH Open Marketplace

As of January 18th 2022, the team of the SSH Open Marketplace is proud to rele

Between January 2019 and April 2022 SSHOC will deliver a series of services and...

What does General Data Protection Regulation (GDPR) mean in practice for Social...